Shipwreck capital of the world 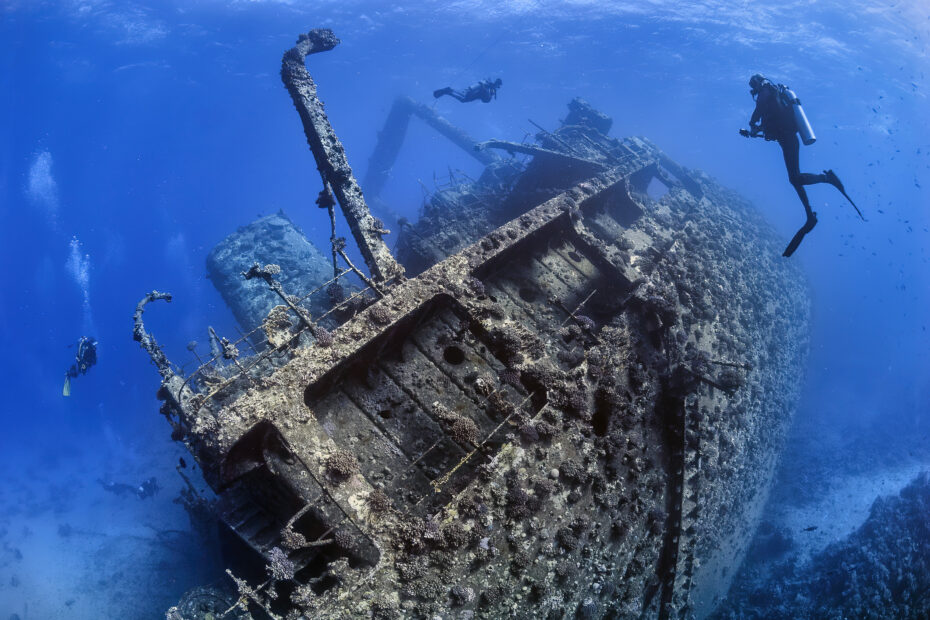 Last week, we dispelled the myth of a supernatural Bermuda Triangle, but don’t be fooled, Bermuda really is the shipwreck capital of the world. There are over 300 confirmed wreck sites dating as far back as the 1600s.

Many ships have fallen afoul of the deceptively clear, shallow water and expansive reefs surrounding the islands of Bermuda. In fact, one famous Norwegian freighter, The Iristro,  sank in 1937 because the captain was surprised to come across the wreck of The Cristobal Colon, a nearly 500-foot Spanish luxury liner that had hit a reef a year earlier. The captain of The Iristo ordered an immediate course correction which directed them into another submerged reef and sank the ship.

Wreck sites surround the island, making it one of the best locations for snorkeling and SCUBA diving in the world. You can book snorkel, SCUBA, and glass bottom boat shipwreck tours through outfitters on the island. And if the high seas aren’t your thing, you can even explore many of the most famous wreck sites virtually on the Bermuda 100 website.

The appeal of the wrecks is easy to understand. In addition to being havens for ocean life and coral, the sites have been a major draw for treasure hunters. An article in Sea Frontiers magazine in 1969 made the claim that nearly a quarter of all the gold and silver ever mined has been lost beneath the waves.

The seems believable with stories like Kim Fisher’s discovery of nearly $450 million worth of gold, silver and precious jewels off the Florida coast in 1985, or the 1981 discovery of the San Jose galleon off the coast of Colombia, rumored be worth around $1 billion.

With so many wrecks, it’s no wonder that one of the preeminent underwater treasure hunters in the world, Teddy Tucker, was from Bermuda. He personally found plenty of treasure, including coins, guns and pottery, from over 100 historic shipwrecks around Bermuda. Among his most famous finds was the emerald encrusted 22-karat gold Tucker Cross discovered in 1959, considered to be one of the most valuable individual pieces ever recovered. A true Bermudan, he sold the piece to the island’s government to ensure that it would remain on the island forever. To add to treasure hunter’s legend, the cross was displayed at the Maritime Museum until 1975, when upon preparing for an upcoming visit by Queen Elizabeth II, it was discovered that the Tucker Cross had somehow been stolen and a replica left in its place.

Other notable finds include a 150-year old bottle of wine recovered from the civil war era Mary Celeste by Ray Isle and Phillip Rouja, and a possible alien spacecraft discovered by explorer Darrel Miklos using a map of magnetic anomalies created by former astronaut Gordon Cooper in the 1960s. Turns out the wine was too terrible to drink, but the verdict is still out on aliens.

Whether you’re drawn by the allure of treasure or just want to see incredible corals and marine life, exploring Bermuda’s shipwrecks can be a blast. Just maybe plan to fly to the island rather than sail. You know, just to be safe.