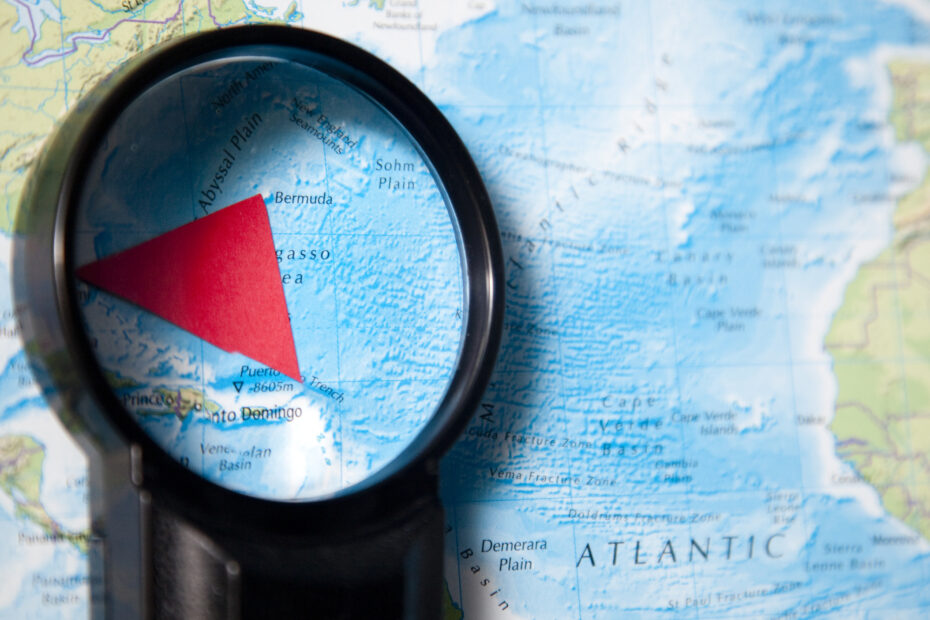 Also called the Devil’s Triangle, the Bermuda Triangle is a large area of ocean stretching between Bermuda in the north, Puerto Rico in the south, and Florida’s southern tip in the west. Depending on your source, some claim that hundreds or even thousands of ships and airplanes have mysteriously disappeared in this 500,000 square mile bit of ocean.

However, the truth is a bit of a letdown. There’s really nothing special about this particular bit of ocean. Just about any heavily trafficked section of open water has a similar rate of mysterious “disappearances”. Usually, the mysteries can be tracked down poor record keeping, normal accidents, or complete fabrications.

And while Bermuda is the shipwreck capital of the world (more on that topic in a future post), the mysterious disappearances have steadily declined as navigation and communication systems have improved. As we’ve gotten better at tracking and traveling, we’ve lost fewer ships during travels. And so far, no aliens or Atlanteans have been documented.

So while the mystery of the Bermuda Triangle may be a bit of a letdown, you can at least enjoy your flight to Champions Circle 2022 without worrying about slipping into a time warp.