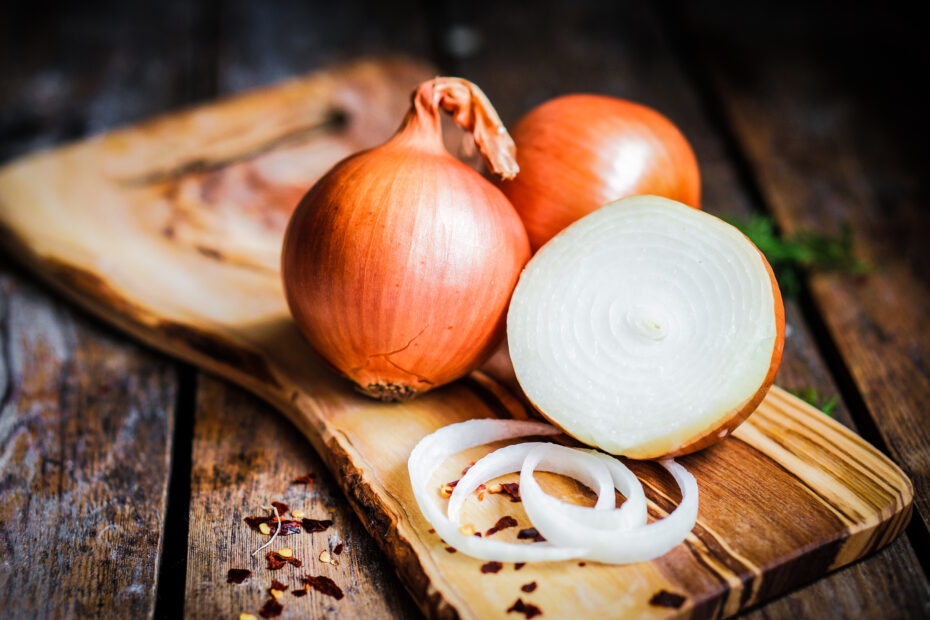 The onion is the pride and joy of Bermuda. It is her jewel, her gem of gems. In her conversation, her pulpit, her literature, it is her most frequent and eloquent figure.

When you think of Bermuda, you likely have visions of sandy beaches and ocean waves, but let’s talk about an oft-forgotten staple of the islands – onions.

When Europeans first settled the islands, they brought with them onion seeds from the Canary Islands. The plants did amazingly well and soon became a staple crop for export.

Bermuda onions are milder than some of their more pungent cousins because of their higher water and low sulfur content, so the sweet onions were soon in high demand on the East Coast of the U.S. In the 1800s, weekly shipments sometimes topped more than 30,000 boxes. Americans even took to calling Bermuda “The Onion Patch” and referring to the people that lived there as “Onions”.

Though competition from sweet onions grown in the U.S., like the famous sweet onions from Vidalia, Georgia, would eventually erode the international demand, the Bermuda Onion remains a point of pride on the islands even today.

Restaurants like the Frog & Onion Pub and the Pickled Onion still pay homage to the humble layered bulb, and during the islands’ annual Heritage Month in May, the historic Carter House in St. David’s serves onion based cuisine and generally celebrates the legacy of the hometown veggie at their Onion Day event.

The pride that Bermuda feels for their onions is something truly special. It’s almost enough to make you cry.