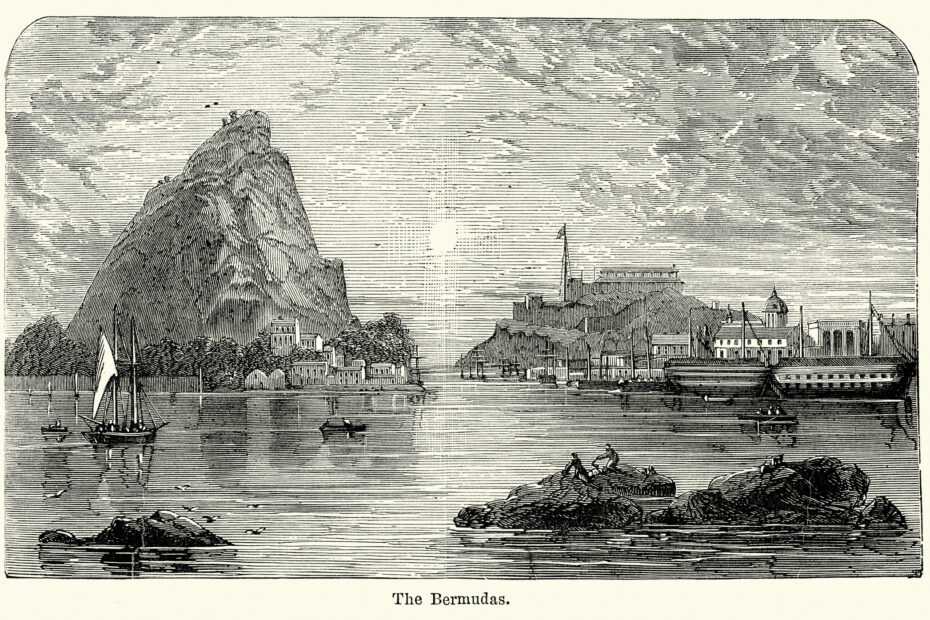 Like so many islands, Bermuda has a storied history reaching back hundreds of years. Perhaps surprisingly, there was no native Bermudan population before Europeans arrived. So for thousands of years, the islands were untouched by man.

By the early 1500s, Spanish voyagers to the New World frequently sailed near the islands via the gulf stream on their voyage home, but hurricanes and reefs kept the ships away and earned the nickname “Devil Islands”.

It wasn’t until 1515 when Gonzalo Fernandez de Oviedo y Valdes wrote about his visit to the islands with Captain Juan de Bermudez that the islands were officially named. Capt. Bermudez had discovered the islands several years before, although the exact date and circumstance may be lost to history.

The islands’ infamous history for wrecking ships only grew when, in 1609, the flagship of the Virginia Company, the Sea Venture, on a trip to resupply the English Jameston colony, was caught in a storm and nearly lost. Separated from their fleet, sailors spotted the reefs of Bermuda and intentionally drove the ship onto the reefs in a last-ditch effort to keep it from sinking.

The crew of 150 settlers and sailors (plus one dog) survived on the island for nine months and provided the inspiration for William Shakespeare’s The Tempest, one of the most famous shipwreck stories of all time.

Among the surviving crew who later continued on to Jamestown was John Rolfe. Rolfe’s wife gave birth to a baby girl, appropriately named Bermuda Rolfe, during their time on Bermuda, but unfortunately, both Rolfe’s wife and child would die before they could leave the island. Upon returning to Jamestown, Rolfe would later meet and wed the legendary daughter of Chief Powhattan, Pocahontas.

When Rolfe and the other survivors finally left the island, they found the Jamestown colony to be on its last leg. Famine and disease had reduced the population down to only 60 souls, as the other resupply ships that had sailed with the Sea Venture had been affected by the same storm. It was only through the influx of new supplies and settlers from Bermuda that Jamestown was able to survive.

The Jamestown colony eventually extended its charter to include the islands, officially making Bermuda a part of the British Empire in 1612. A crew of 60 settlers were sent back to the island and the capital city of St. George was founded. The island operated under charters until 1620 when the Bermudan House of Assembly held its first session and introduced self-governance to the island.

Today, Bermuda is the oldest and most populous remaining British colony. Over time, the islands have played a significant role in the history of the New World, serving as a center for privateering and working to balance loyalties as they were caught in the middle of the U.S. War for Independence.

Later, the islands became an important front in the U.S. Civil War as well. Sitting directly off the coast of South Carolina, where the shelling of Ft. Sumter started the war, Bermuda soon became a center of trade for the Confederacy. Union blockades made shipping difficult, but small, fast craft were able to make runs to St. George in Bermuda to offload cotton in exchange for European arms.

By the 20th century, the islands had become a center of tourism. The first airplane reached Bermuda in 1930, and by 1937, Imperial Airways and Pan American had both established regularly scheduled flights. Due to the island having no airport at the time, all of these flights had to be made by seaplane, landing in the water near the island, but after WWII, the island built its first airport for landplanes, opening the doors for even more visitors.

And that brings us up to the present. I hope you’ve enjoyed learning a little more about the islands of Bermuda and the history that you’ll encounter when we visit.